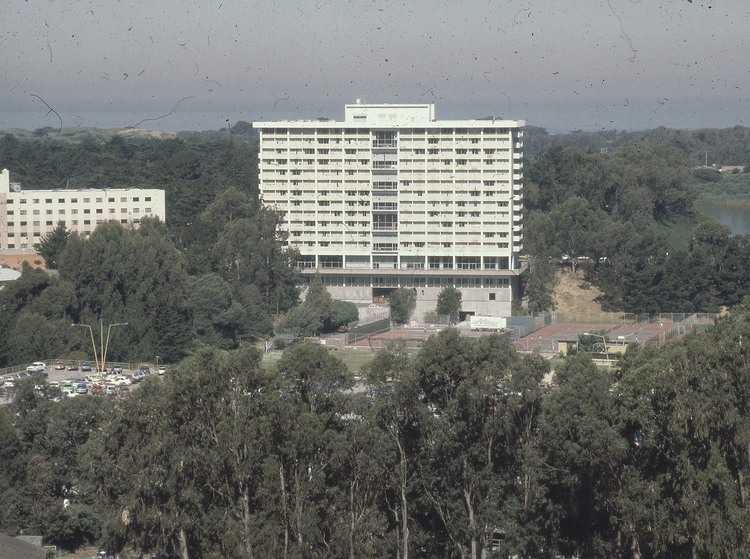 Verducci Hall was a dormitory that housed 763 students a year from 1969 to 1989. It was named after S.F. State football coach, athletic director, and mayor of Daly City Joe Verducci. Following the 6.9 magnitude Loma Prieta earthquake in 1989, the building was deemed structurally unsound and was closed to students. On March 28th, 1999 it was demolished in front of hundreds of spectators. Shortly after, the construction of the Village at Centennial Square began to provide a new housing option for students.