Headdress, worn by Chief Raoni on a state visit to Brazil in the 1980s 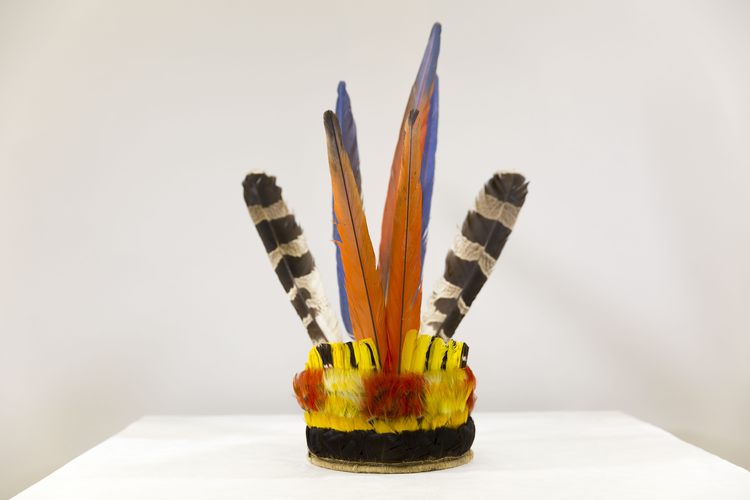 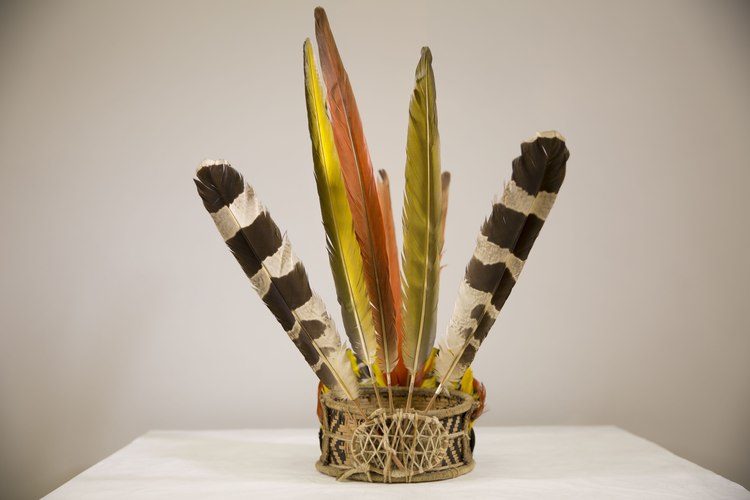 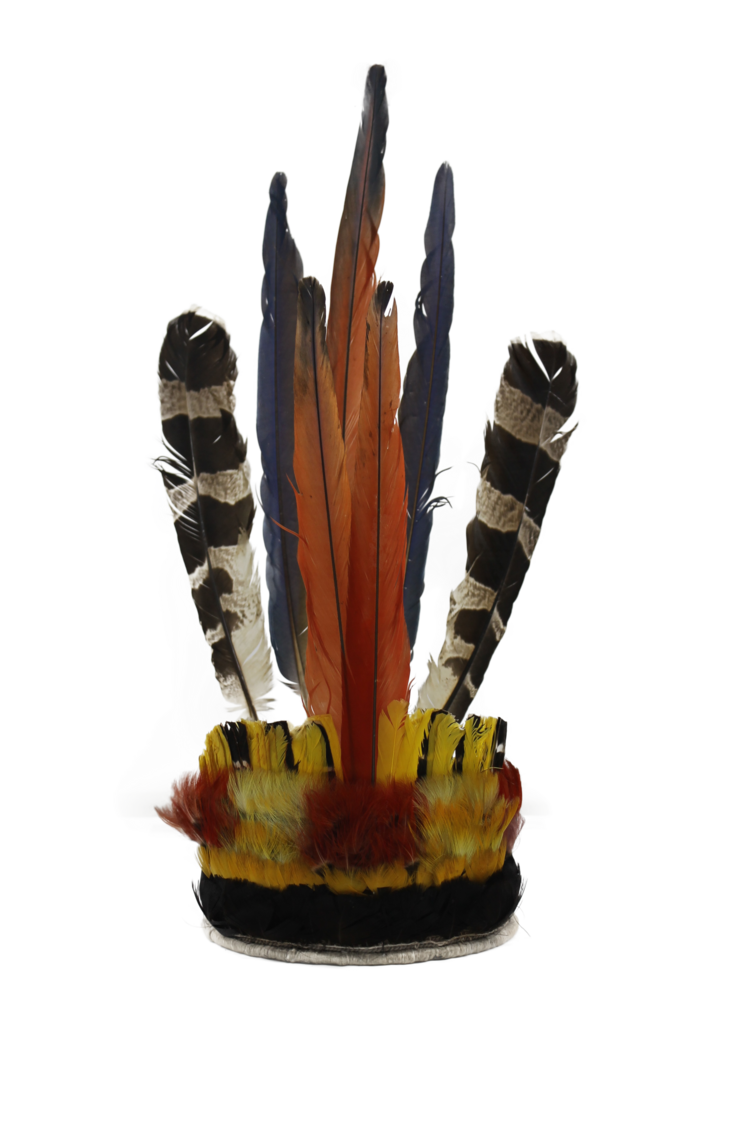 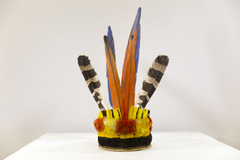 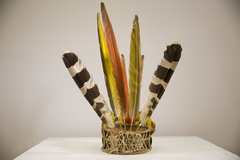 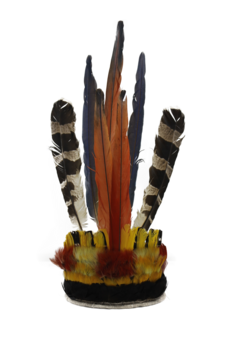 Records indicate that this headdress was made for and worn by Chief Raoni on a state visit to Brazil in the 1980s. Chief Raoni of the Kayapó people is one of the few to wear the traditional botoque, or lip plate, that signifies his status in his community. A renowned environmental activist, he was an early leader in the fight against the Belo Monte dam project in the late 1980s, which continues to be controversial today.

Brazilian featherworks from the Amazon are among the most celebrated of pieces, made from fiber, wood, and feathers from tropical parrots or birds of prey. It is believed that the pieces are symbols of the divine, of beauty, and of power, qualities of which would be associated with the wearer.

The Americas—which span North, Central and South America—contain a rich diversity of indigenous art and material culture that is closely tied to the environment. Beginning in the 16th century, the arrival of outsiders led to devastating changes in landscape and community, resulting in loss of language and traditional lifeways. Highlighted objects are from cultural groups indigenous to the Amazon region: the Karajá (also, Caraja), the Xavante, the Tapirapé, and the Kayapo. While artistic practices vary between communities, they are all linked to traditional knowledge. Due to the effects of globalization and environmental degradation, many community members today must work hard to maintain their traditions and ensure their survival.

Height
23.5 in
Width
18 in
Depth
13 in
Copyright
Copyright status unknown. Some materials in these collections may be protected by the U.S. Copyright Law (Title 17, U.S.C.). In addition, the reproduction of some materials may be restricted by terms of gift or purchase agreements, donor restrictions, privacy and publicity rights, licensing, and trademarks. Transmission or reproduction of materials protected by copyright beyond that allowed by fair use requires the written permission of the copyright owners. Works not in the public domain cannot be commercially exploited without permission of the copyright owner. Responsibility for any use rests exclusively with the user.
Views
875