Bank of America on the corner of Market & Castro Street - 1979 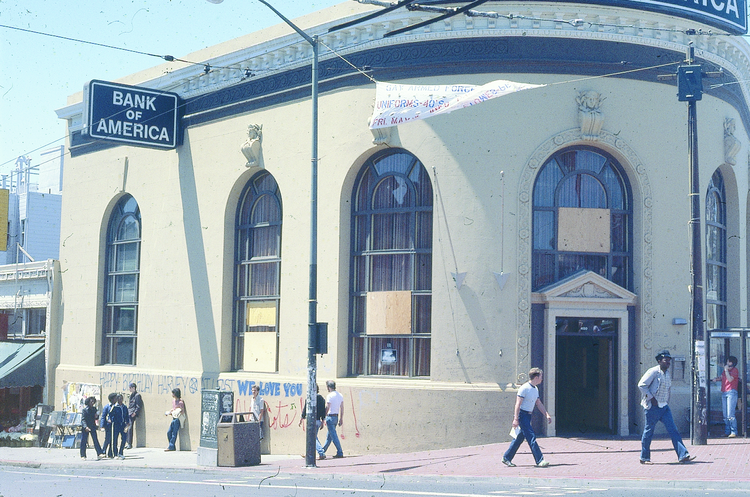 Bank of America on the Corner of Market & Castro Street. Note the broken windows and graffiti, which occurred on the night of May 21, 1979. This was the day that the verdict was rendered on Dan White for the murder of Moscone and Milk. His sentence was a very light one; His defense was that he ate a lot of junk food (Twinkies). When the verdict was announced, a crowd gathered in the Castro and marched down Market Street to City Hall. There, violence broke out, windows in city hall were broken, and several police cars were set on fire. The police were restrained from retaliating and after the riots ended in Civic Center, a number of police removed their name tags and came to the Castro and began to attack the neighborhood. Hardest hit was the Elephant Walk on the southwest corner of 18th and Castro Street. Most windows were broken, a number of patrons hurt, and mirrors broken. After that, gays began to commit violence in the Castro, and the Bank of America was seen as one of the "enemies."