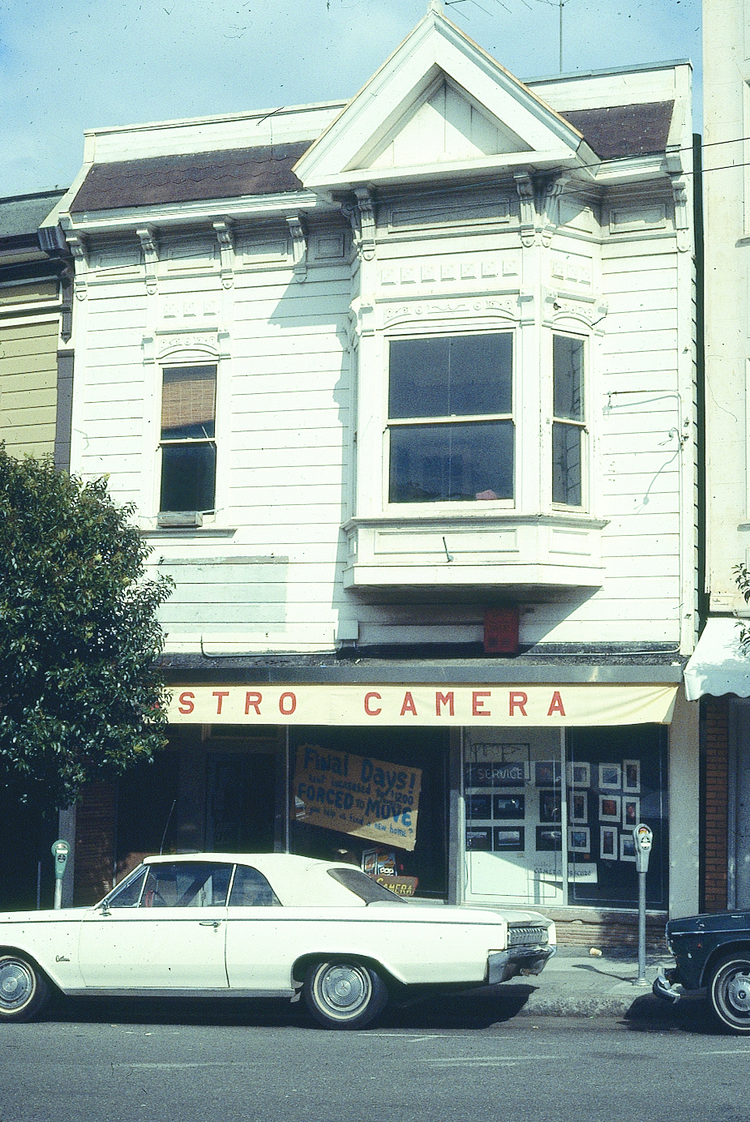 Castro Camera at 575 Castro Street. Harvey Milk opened Castro Camera at this site in 1973, and lived in the apartment above with his partner, Scott Smith. In 1978, when his stores monthly rent was raised from $350 to $1200, he moved his store to Market Street. A series of upscale stores has occupied this site since. A plaque was placed in the sidewalk marking the site as historic; Look up to see the Harvey Milk mural on the 2nd floor Current tenant is the Human Rights Campaign.