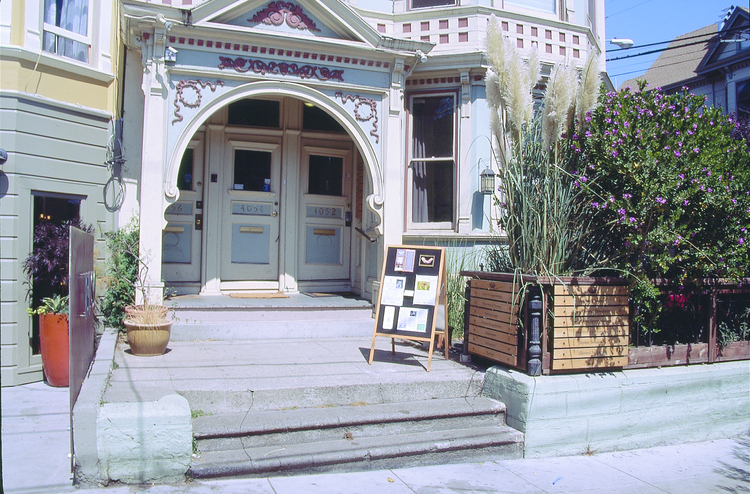 Northwest corner of Hartford and 18th Street, now called Emergence; See related slides. These photos show the changing nature of the Castro. Earlier slides from the 1970s show the Castro before it became increasingly "gay" and commercialized, when it was a purely residential building. Then, in the early 1980s, we have a gay club, gay bookstore, and a man cruising in the doorway. In later slides, we are in the midst of the AIDS epidemic in the 1990s and the name of the business is Center For Living and Lifeline. In the 2000s the commercial space appears to be vacant and later houses a psychic is in residence. In this slide and others from 2014 it is high-tech, new age massage and wellness business.