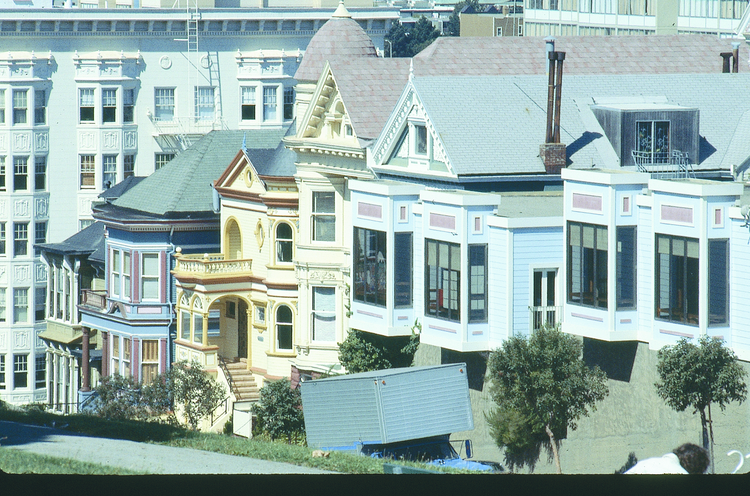 The buildings on the left are either Victorian or Classic-Revival. The two flat-roofed buildings on the right are classrooms built for the French-American bilingual school. As of 2014, they have been torn down and the lot has been excavated. This is most liekly because new housing will be coming. Although they are in the Alamo Square Historic District, it was not difficult to acquire the permits for demolition as they were not in character with the rest of the neighborhood. The new buildings will have to be consistent with the historic district character.