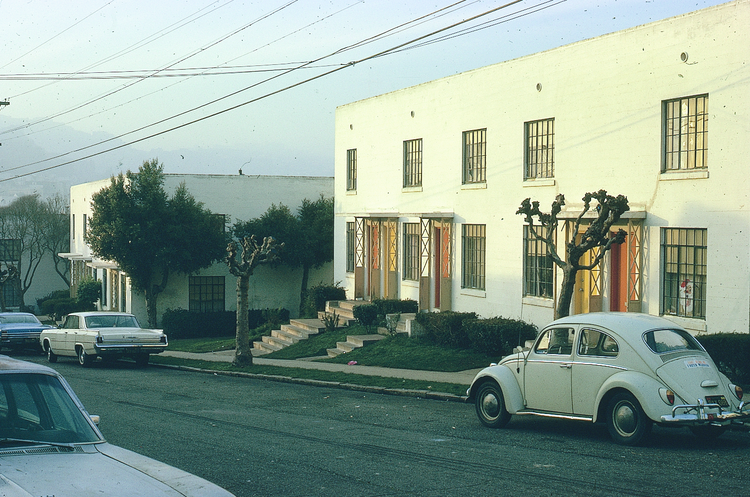 First public housing in San Francisco (built during the New Deal in the Roosevelt era) bordering on Highland Avenue. It is smaller scale and didn't overwhelm the neighborhood. Initially, all public housing was only for white people, and these were also desirable because they were new and had new appliances and plumbing. See slides related slides for views throughout later years.