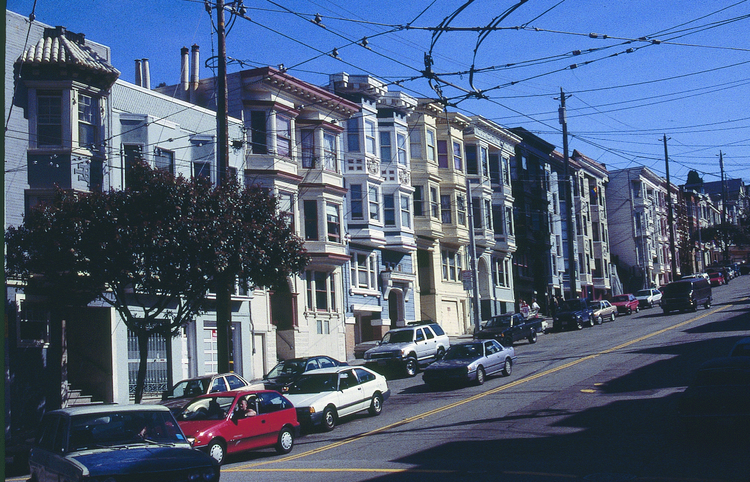 A full street of Classical Revival flats, probably dating from right after the 1906 fire. Midway up the block, almost looking like a shadow is a building painted black; see slides from 1991 for more views of this black building. Then see slides from 2004 and note that the black has been repainted. This block presents something of a puzzle: The 700 block of Castro Street, one block farther south, is overwhelmingly filled with Victorians. This block, however, in terms of its architectural style, looks like it was built right after the 1906 fire when there was an acute need for housing. The question then is, what occupied this block prior to the development of the current buildings? Was this block vacant? Were there scattered smaller homes that were demolished for the new flats?