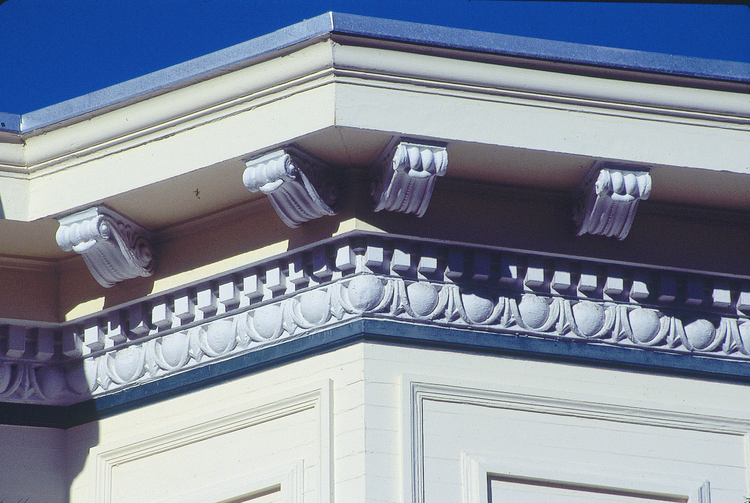 Classical Revival flats from the early 20th century. This is the architectural style that dominated in the residential re-building after the fire of 1906. The bottom row design is called "eggs and darts." They came to be used as exterior details in the early 20th century; prior to that they were used only in the interior. The layer above are called "dentals." The layer above those are "brackets," which were inspired by stone buildings. These details could be in wood or plaster.