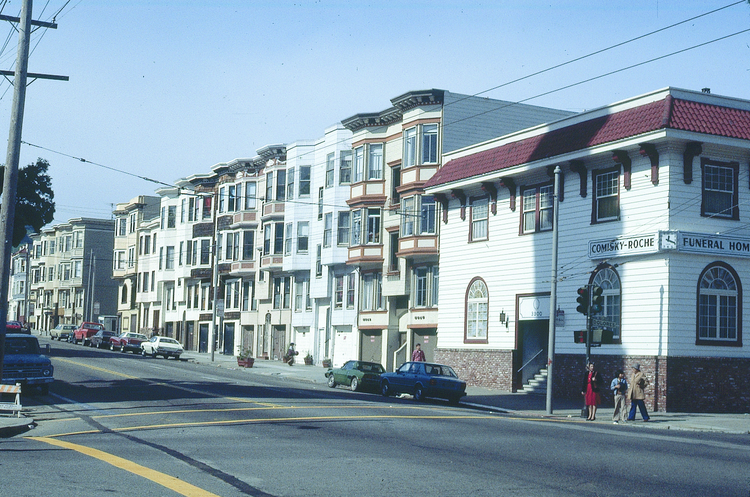 A funeral home and a whole block of Edwardian flats; Maps showing the edge of the 1906 fire have Dolores Street as the western boundary of the fire. It is therefore confusing that blocks such as this have no Victorians. In fact, the landscape is the same as those that would have burned and been rebuilt. A possible explanation might be that if the Victorians in the area were small and scattered, and with the intense need for housing after the fire, that these low-density neighborhoods would have been razed for higher-density housing. The corner building is the Comisky-Roche Funeral Home. It would later be converted into a gay Jewish synagogue.