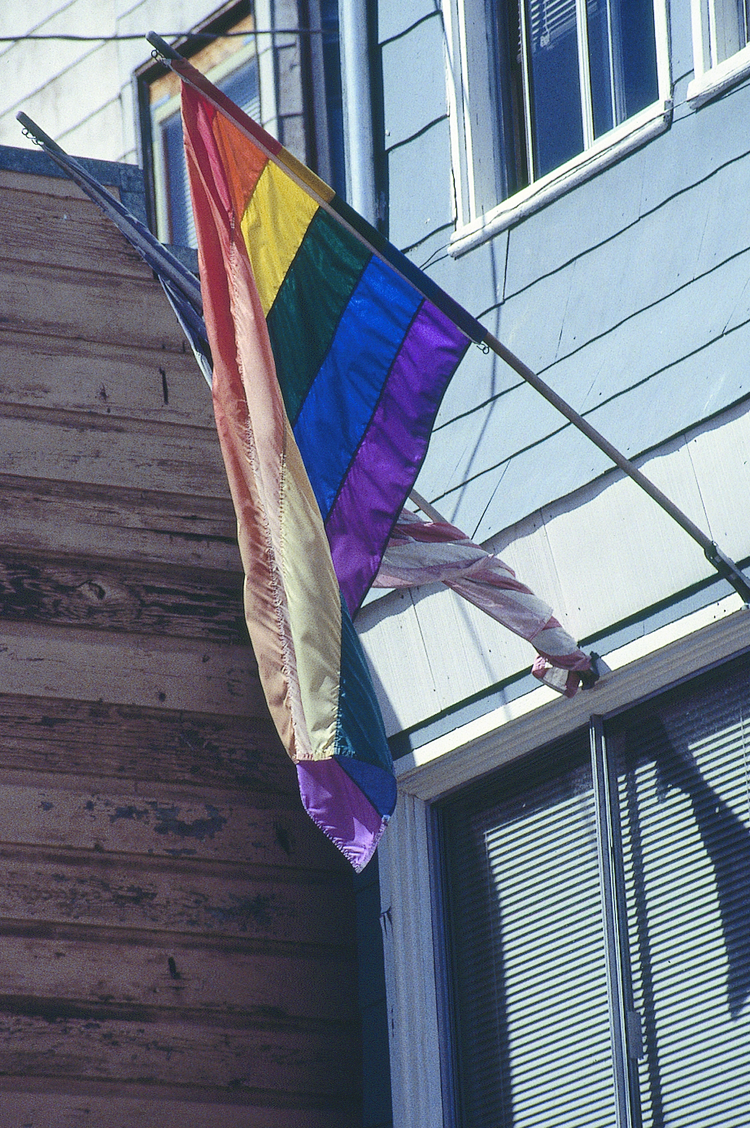 The gay pride rainbow flag was "born in the city" (as described by the San Francisco Chronicle). It was designed by Gilbert Baker and has become an international symbol of gay freedom. The flags debuted at the Gay Pride Parade in 1978 and quickly began selling all over the world. In 1982, it was adopted as the official Gay Pride Parade logo in San Francisco; in 1985, activists from all over the US adopted it as an international symbol. In 1992, when the flag was donated by the Andrew Hamilton chapter of the American Legion to fly above the Eureka Valley/Harvey Milk branch Library, hate mail arrived from Christian fundamentalists. After discussion at the Library Commission and by city officials, the presence of the flag was upheld.