The new Greek Orthodox Cathedral of the Annunciation on Valencia Street near 14th Street, looking northeast - 2012 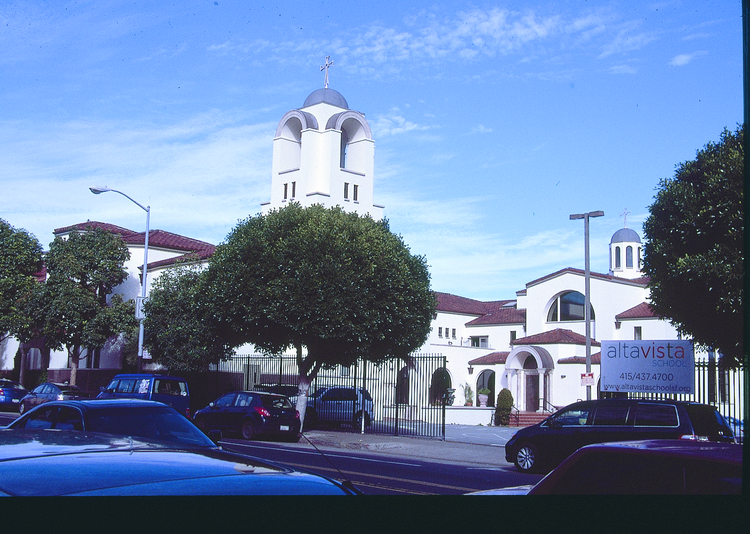 After the 1906 fires, The Valencia Theater was built here two years later. With seating for 1700 guests, the theater was never a commercial success. However, stars like Ethel Barrymore, Nijinsky, and Pavlova performed here. In the 1920s the theater was converted to St. Sophia's Greek Orthodox Church and two gilded domes were added. The domes were removed in 1979 due to "structural weakness," and after the 1989 quake the theater was demolished. With very few Greeks living in the area, the question about rebuilding lingered. In the end, it was decided to rebuild and add parking. So, two other buildings to the south were torn down for the enlarged Cathedral and parking area. In an October 2002 interview, it was revealed that the congregation was made up of 720 families. The new main building is a gym with classrooms. As of 2002, they needed $5 million more for the Cathedral and $2 million more for the parking lot underneath. See slide from 2003; note the tree growth.