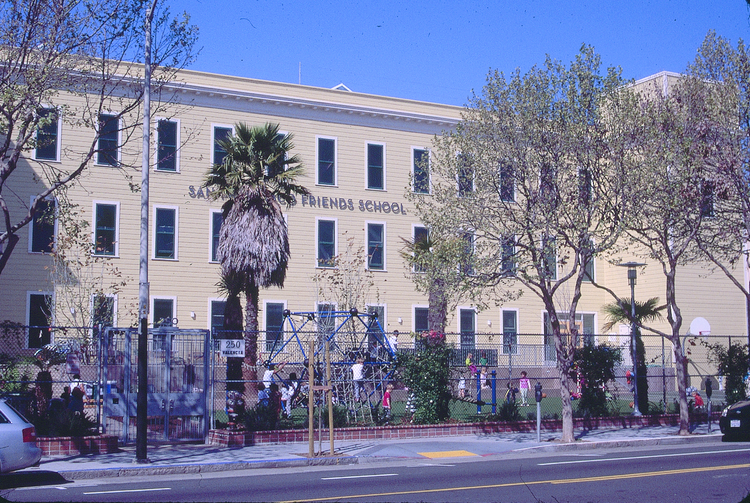 This building was under construction in 1906, and was rebuilt after the 1906 fires. The architect was Albert Pissis. In the 1960s, Levi Strauss remodeled it into offices and included a playground in front for employees' children. In the 1990s, the playground slowly evolved into more parking and less kids. High-end jeans were manufactured here for the Japanese market, and they also offered tours. In 2002, they closed as Levi's closed 3,300 U.S. stores and moved its production overseas. In September of 2005, The Friends School bought the building and planned to move here from the Castro area by the fall of 2006. The Friends School is the only Bay Area Quaker school. See related slides for additional views. The old Levi Strauss playground has been replaced with the Friends School playground and filled with children.