North at the west side of Valencia Street, south of 18th Street - 1981 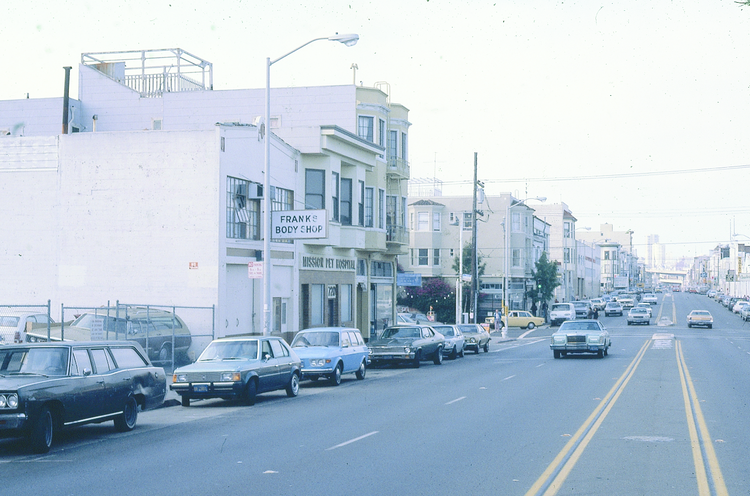 The second building from the left is Mission Pet Hospital at 718-20 Valencia Street. This was the site of the Valencia Hotel that tilted into the street and collapsed in the 1906 earthquake and fire. A creek runs under 18th Street and the hotel was sitting on a buried lake. Most residents were trapped below the top story; 40 people died and 12 people were rescued. A crucial water main ruptured as Valencia Street moved six feet east; most victims drowned, and there was a fire that followed later.