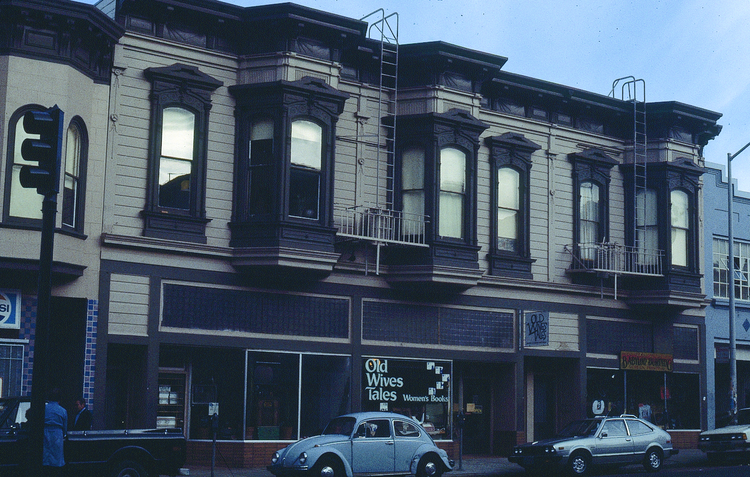 Stick-style Victorian building in comparison with previous slide from 2012. In 2012, there are all new commercial tenants, much livelier paint, and big trees. Old Wives' Tales was a famous female-owned lesbian bookstore established in 1976 by Carol Seejay and friends, with a loan from the Bay Area Feminist Credit Union, in response to a groundswell of women's culture and numerous other female-centric businesses such as bars and bathhouses. The store operated as a collective, and later as a non-profit. It moved to this space in 1980, but closed October 29, 1995. In the 1950ss, 60s and 70s, homosexuality - in addition to being illegal and viewed as immoral and an "illness"- was also a taboo topic. Hence, the need for gay bookstores. By the 1990's, gay books were sold everywhere, and gay bookstores began to close. See related slides for more views of Old Wives' Tales.