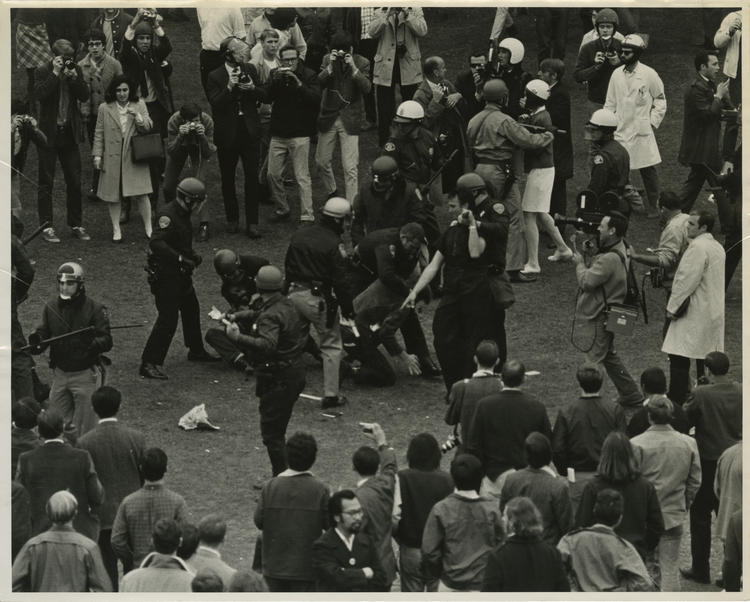 Photograph depicts Rev. Gerry Pedersen being restrained at the neck by a police officer wielding a club on December 5, 1968. Pedersen has protested the police clubbing a student. Pedersen had been appealing to the police officer not to hit the student unnecessarily. In upper right corner police block nurse from getting closer to scuffle and Dr. Richard H. Fine (with mustache, beard, and dark glasses) with San Francisco State Strike Medical Committee for Human Rights wait to advance and provide aid. As violence escalated, community and religious leaders joined over 2,000 students in a community support day to encourage nonviolence. A march commenced from Ecumenical House with Rev. Jerry Pedersen, Dr. Carlton B. Goodlett, and others, who crossed 19th Avenue, entered the campus, and moved towards the Speakers Platform. Police confronted the crowd, ordering protestors to leave the campus Quad. Community leaders stated they would not leave until the police let them do so in peace. Community leaders and student were trying to comply when the police encircled them and a skirmish erupted.