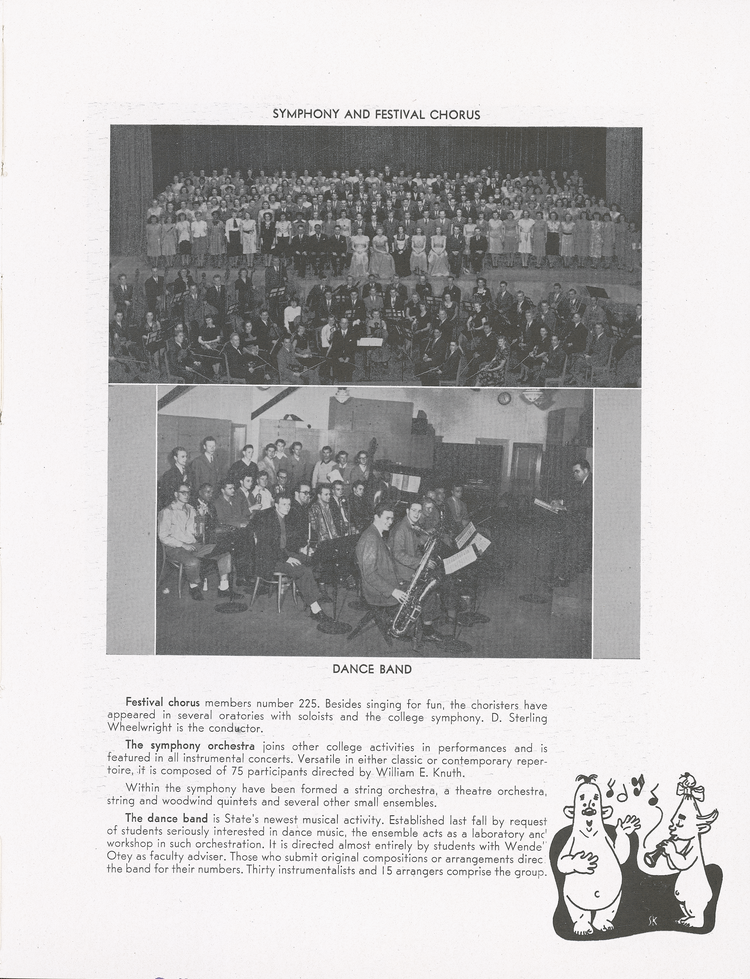 Photograph of the Dance Band, which was first college-sanctioned jazz course ("Music 47: Arranging and Composing for Dance Band" and "Music 48: Dance Band Routine" elective course) offered at San Francisco State in fall of 1947 with student director Bob Searle to the right. The group was comprised of 30 instrumentalists and 15 music arrangers interested in working on their own arrangements. Jazz was somewhat "suspect" in college curriculum at this time. During the 1940s, standard music courses surveyed music from Beethoven to Wagner, but State was first in the West to offer an elective course in twentieth-century music in 1949. Cal Tjader attended State under the G.I. Bill after serving in the Navy during World War II, and was one of the first participants in the class. Later known for his Latin jazz beat, Tjader first drew attention when he was a student here in the late-1940s, after he sat in playing the drums for Lionel Hampton’s band. His recording career playing vibes, drums, and bongos with the Dave Brubeck Trio started in 1948, when he was a senior at State. Music professor Wendell Otey was the faculty sponsor.