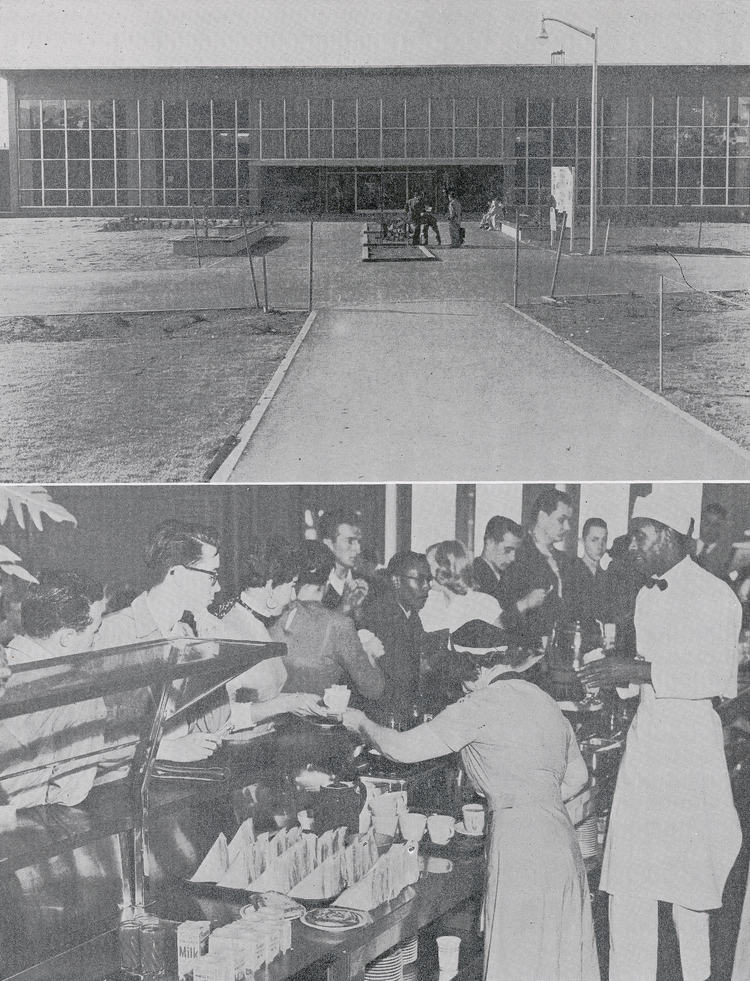 Photographs of the new College Union on San Francisco State College's Lake Merced campus. The College Union, later known as "The Commons" opened in fall of 1953. The facility was constructed by the State of California and leased to the Associated Students, and consisted of a main dining room that seated up to 500 students, a snack bar called the "Redwood Room," and two smaller dining rooms for faculty (and students on special occasions).