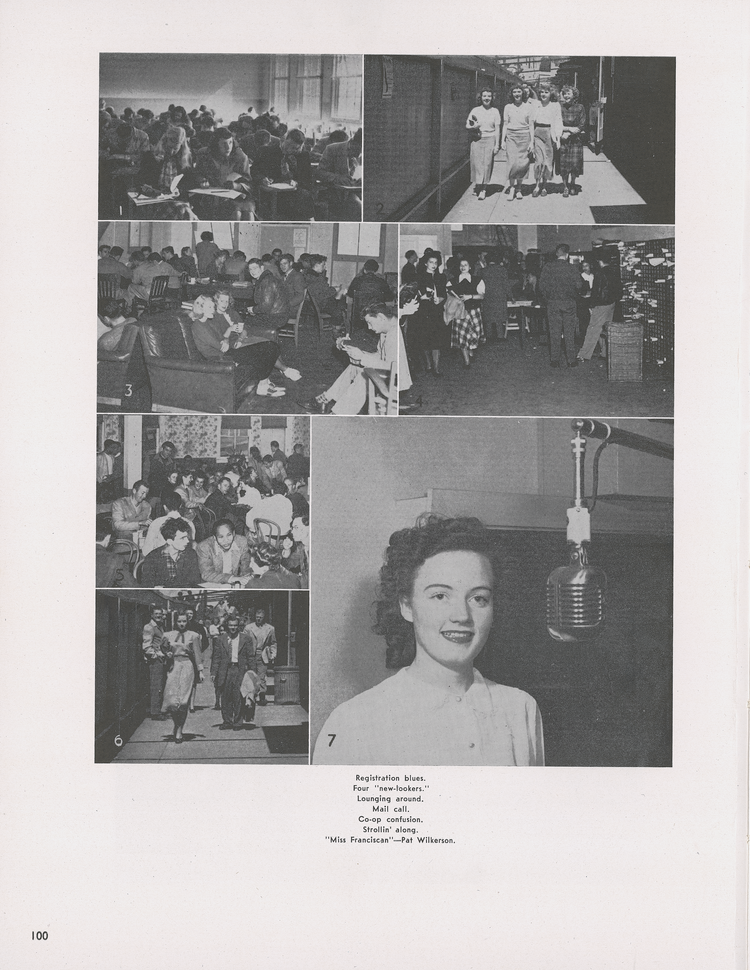 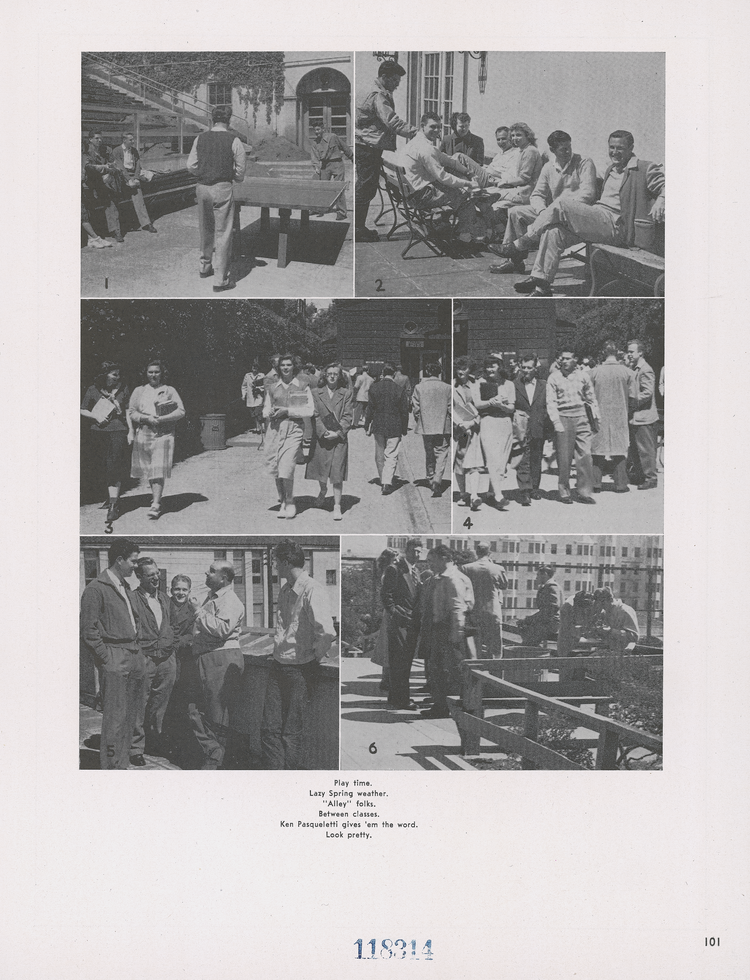 Music classes were spread throughout College Hall on the Buchanan Street campus until April 1935 when Music Annex B was opened. It soon garnered the name Music Alley and came alive with music day and night. Sherman Grant first coined the phrase "Music Alley" in his column "...Afterbeats..." in the Golden Gater on February 9, 1940. Music Alley came alive with music day and night as students practiced everything from classical music to the latest jazz. In 1947, the first studio of the Radio Department was established and student broadcasters announced, "broadcast news" to the campus via loudspeakers mounted on the roof.