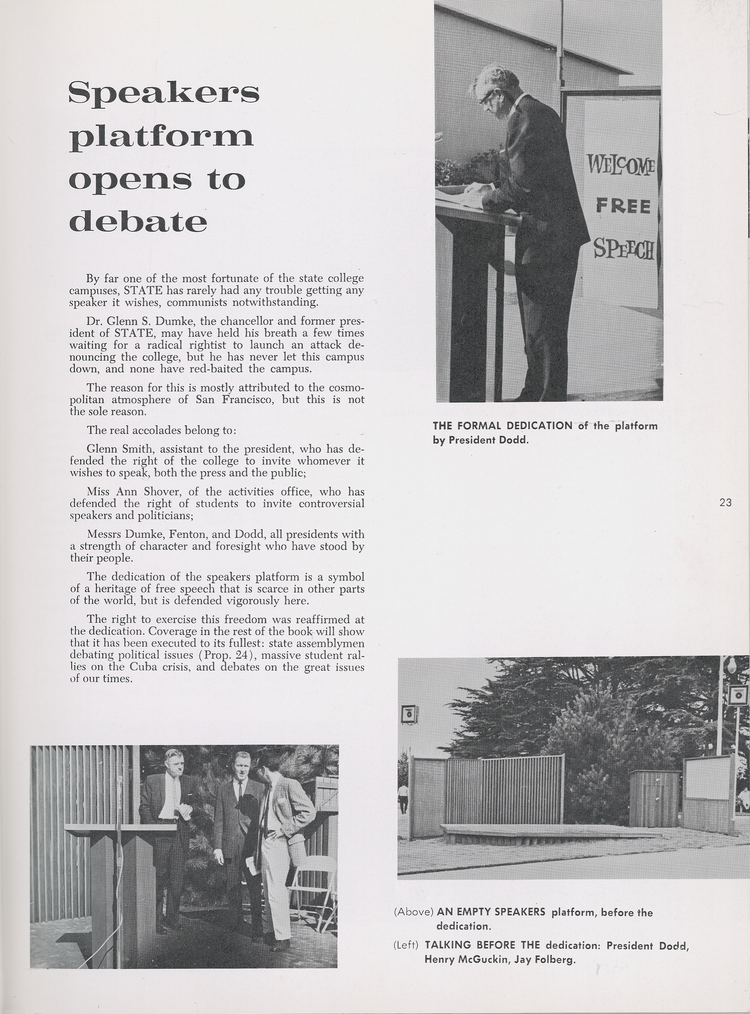 Photographic spread of the opening of San Francisco State College's Speakers Platform. Associated Students president H. Jay Folberg and chairman of the campus speakers committee of the Associated Students Lloyd Crisp led a fight to create a free speech platform at San Francisco State. The Forensics Union, Associated Students, and the Speech Department appealed to President Paul A. Dodd to erect a speaker's platform. Three presidents supported the platform including Dodd, Frank Fenton, and Glenn S. Dumke who went on to become chancellor of the California State College system. Assistant to the president Glenn Smith defended the right of the College to invite speakers and Ann Shover of the activities office defended the rights of students to invite controversial speakers. President Dodd, Henry McGuckin, and Jay Folberg gathered at the Dedication of the Speakers Platform on October 15, 1962. San Francisco State had the first college-sanctioned platform for free speech in the United States. This redwood structure consisted of a windbreak, bulletin boards, a podium, and sound equipment located in the northwest corner of the Quad. On December 2, 1968, President Hayakawa declared a state of emergency, banning rallies and use of sound equipment until April 11, 1969, when the Speakers Platform once again served as a center for debates and rallies until it was dismantled in 1972.