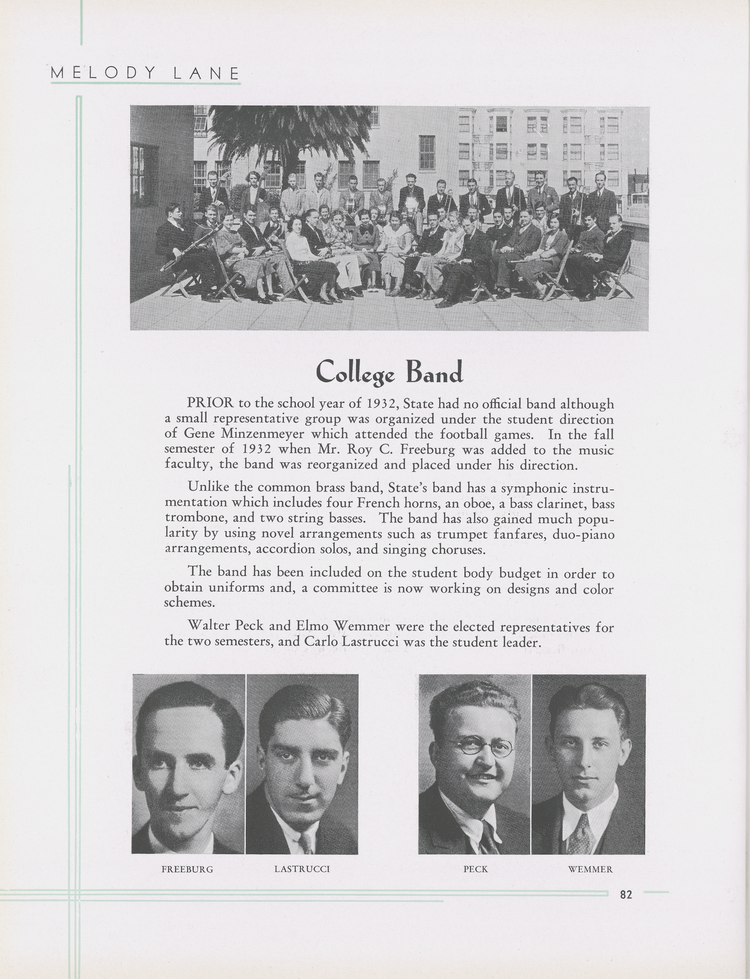 Photographic spread of the College Band that was organized in 1931-1932 academic year under the student direction of Gene Minzenmeyer to perform at football games. Roy Freeberg joined the Music faculty in fall of 1932 and reorganized and expanded the band that was finance by the Associated Students. Walter Peck and Elmo Wemmer served as representatives and Sociology student Carlo L. Lastrucci was the student leader. Lastrucci led the College Band’s unique outreach efforts to recruit the best music students in public schools throughout California. Later, Lastrucci taught sociology at San Francisco State and authored a pioneering jazz study, “The Professional Dance Musician,” published in the Journal of Musicology in 1941.